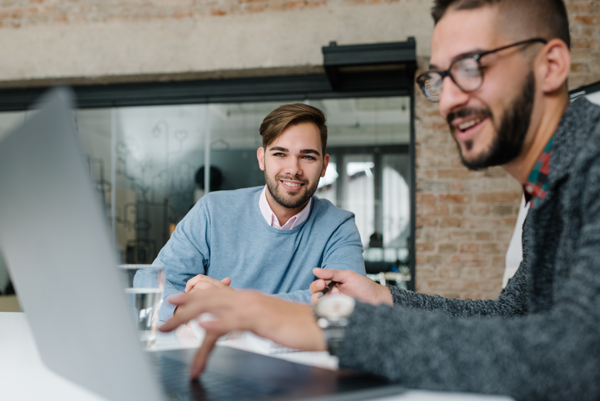 As a hiring authority, when you’re looking to hire top talent for your business, it can often become a numbers game. That means getting as many candidates through the door as possible, on phone screens and in front of hiring managers. However, while that may be successful in securing many potential interviews, it can also eliminate one of the most important parts of the process: the human element. This, in turn, can also have the reverse effect of making your recruiting efforts less efficient and effective in the long run.

According to the 2019 MRINetwork Recruitment Trends Study, 95% of candidates interviewed for the study said their experiences during the interview process “somewhat or strongly influence whether they will accept a position.” This, notably, is highly important for recruiters because it shows just how important treating candidates well throughout the process can be when trying to woo star talent to your organization.

To help you balance efficiency with humanity when recruiting, here are some tips you can follow to achieve success:

After all, if a candidate is taking the time to apply to your company, it’s best to keep them in the loop on how they’re performing through various steps of the process. “Applicants expect prospective employers to maintain two-way communication with them about where they stand in the recruitment process,” according to SHRM. “Today’s job candidates also expect employers to be transparent about how that process works and even what they can look forward to if they were to work for the company.”
This is important to create a positive interview experience with candidates and let them know where they stand. It’s also crucial in increasing recruiting efficiency. For example, let’s say you have a candidate you’ve failed to communicate with during the process. As a result, they may have considered themselves out of the running and started focusing their attention on a role with another organization. Because they’re a strong candidate, they may even be rushed through another interview process and, ultimately, offered a job at a rival company. Had you kept in touch with that candidate, you may have avoided this fate.

According to the MRINetwork study, 74% of candidates feel the interview process is somewhat or very revealing of a company’s work culture. Therefore, it’s important that everyone involved in the recruiting process is highly trained on how to conduct a strong interview with a prospective candidate.

This can take many forms, such as having interviewers share and ask for personal stories, specific anecdotes or simply getting to know the person as a human by answering questions in a conversational way. Additionally, the interview is a powerful tool to discuss work culture highlights, work-life balance opportunities, and other aspects of the job beyond just what’s needed on a day-to-day performance basis. By doing so, not only with the candidate have a better sense of the organization, you’ll also be able to weed out people who might not be a strong fit.

In sum, candidates today are looking for much more than a cut-and-dry interview process. They want to be courted, receive a clear glimpse into their prospective company culture and receive consistent communication about where they stand, in order to feel like the organization is a desirable place to work. In doing so, you’ll also be able to more efficiently run your recruiting efforts and find stronger candidates to potentially join your company.

Looking for a New Job Opportunity? How to Stand Out from the Crowd and Shine! | How a Personal Website and LinkedIn Can Help You Woo Recruiters